God Has a People for His Name – Seven Lessons from Europe 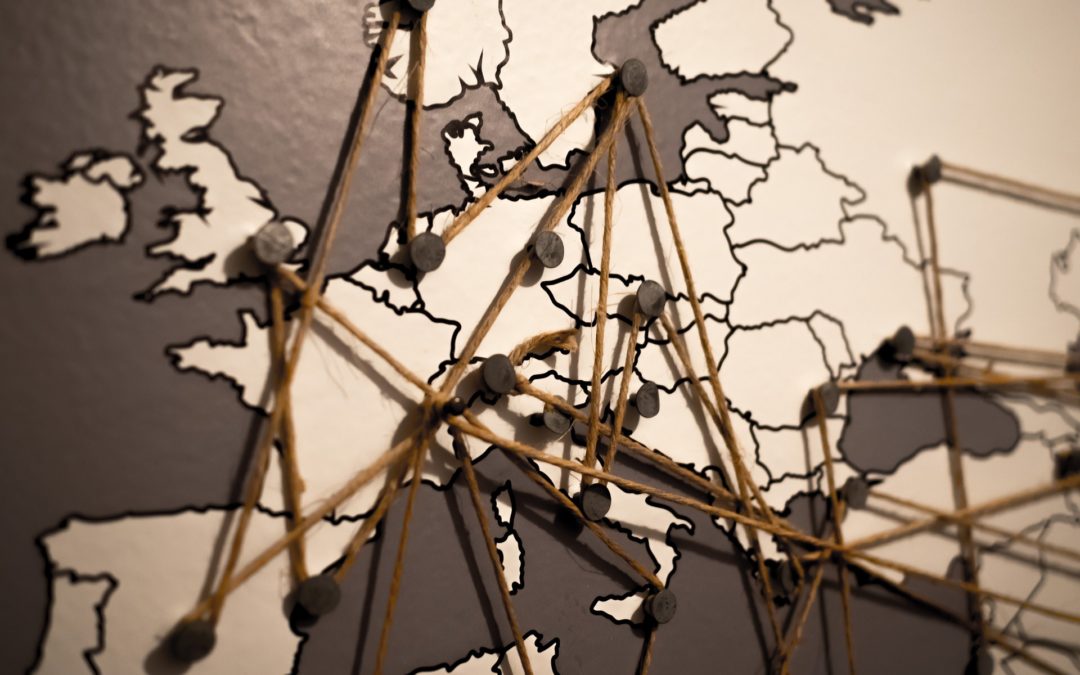 Noël and I recently returned from three weeks in Poland, Switzerland, and Italy, where my task in each setting was to give expositions of Scripture. Here are seven experiences that linger in our minds, and are bearing fruit for the way we do ministry.

The overwhelming common denominator of these three events was the challenge of heralding the gospel of Christ to minds and hearts shaped and shackled by centuries of religious and cultural Roman Catholicism. Yes, I do mean shackled.

For example, his letter reads, “To experience and obtain the Indulgence, the faithful are called to make a brief pilgrimage to the Holy Door, open in every Cathedral or in the churches designated by the Diocesan Bishop, and in the four Papal Basilicas in Rome, as a sign of the deep desire for true conversion.”

The Reformation Is Not Over

Any thought that “the Reformation is over” is, it seems to me, provincial. It never came to Italy. It was muted by the peculiarly secular revolutionary spirit in France. And it was weakened in Eastern Europe by a strong Catholic counter-reformation.

Today, the great need is a robust, crystal clear, Spirit-anointed proclamation — in the churches, in the media, and one-to-one — of the gospel of justification by grace alone, on the basis of Christ alone, through faith alone, to the glory of God alone, as laid out with final authority in Scripture alone. Few things make the preciousness and power of these “alones” more clear than the religious situation in continental Europe today.

Every place I went I saw a growing, gospel-saturated movement of largely younger (but not only younger!) Europeans committed to church planting and aggressive evangelism and life-transforming Reformed theology. In France, Switzerland, Italy, and Germany, the influence of The Gospel Coalition (TGC) is discernible.

But in line with the stated intentions of TGC, there are no international “branches.” If there are to be international expressions of the theology and ministry-vison of TGC, they must be created, conceived, structured, and led indigenously. That is happening. And as far as I can see, this is owing to the Holy Spirit’s on-the-ground work, so that TGC is not the primary catalyst but rather a way of identifying one of God’s works in relation to the same divine work in other places.

In particular, I saw some remarkable individual ministries and churches that reflect the energy and joy and seriousness of aggressive outreach. Nuova Vita is a church in Bologna, Italy, with significant outreaches to refugees and prostitutes (whom they call their “treasures”). Mark Brucato, a copastor at the church, told me one story of God’s amazing grace. One of the “treasures” came to Christ. Her most frequent “client,” instead of being alienated, also came to faith. They were both baptized and after coming out of the water, he proposed to her.

God is at work saving what we often look at as simply unsavable.

Not Every Challenge Ends with Transformation

One missionary pastor, who had been in France for thirty years, told me about a new challenge in his small church. A member of his church was studying sexuality in school, and came to the view that the Greek word porneia always means “prostitution,” rather than its usual meaning of “fornication.” This influential member was teaching, therefore, that the New Testament has nothing to say about whether an engaged couple can sleep together. Very practically he was opposing any attempt to do church discipline in such cases.

Such are the challenges in the ordinary life of a church planter in France.

Bologna, Italy, has the oldest university in Europe, and evangelicals are reaching out to students.

The unemployment rate in Italy, I was told, of young people ages 18–38 is about 45%. This has produced a depressed and hopeless atmosphere among many students who see little future for all their university efforts. Some even deceive their parents, pretending to be in school, but actually using the money to pursue a life of fun until the time of expected graduation, and then, just when their parents would find out, they commit suicide.

Christ has hope for these students, because what he offers is so eternally valuable that neither poverty nor affliction can stop a new believer from overflowing with joy and generosity (2 Corinthians 8:1–2).

We spent a whole day walking around the Colosseum and Roman Forum in the heart of Rome. Two things were new and surprising to me. One was the sheer size of the Colosseum. It simply was overwhelming for its greatness — especially its height — knowing that it was built in the first century without any modern machinery. These massive stones were set in perfect place — so that they are still holding 2,000 years later — without any cranes. It is the largest amphitheater ever built. Construction began under the emperor Vespasian in AD 72. It was completed in AD 80 under his successor and Titus.

The other striking thing was realizing that the Colosseum was built with the spoils taken by Titus from the Jewish Wars in which the Temple in Jerusalem was destroyed. In AD 82, the Arch of Titus was built by Domitian to commemorate Titus’s victory in those wars. It is still standing. And as I stood there, I saw inside the arch the sculptures of the victory procession where the Jewish Menorah is clearly visible. “Along with the spoils, an estimated 100,000 Jewish prisoners were brought back to Rome after the war, and many contributed to the massive workforce needed for construction” of the Colosseum (Wikipedia).

5. Nudity in the Vatican

We visited the Sistine Chapel which, of course, has the hugely famous scenes of God’s creation and the history of redemption memorialized in Michelangelo’s paintings. My admiration for Michelangelo’s artistry is huge. I am less sure of what he was trying to communicate.

The sheer quantity of nudity in the Vatican is astonishing to anyone who has not already decided that comments like this are a sign of artistic oafishness.

I come away with the serious question whether all these ubiquitous private parts are a devout message, or a subtle disdain for the church. Is the in-your-face exposure of God’s buttocks really a faithful exposition of Exodus 33:23? Or is the pope being mooned?

My own take is that if this is an attempt at exposition, it does not succeed.

Predestination was a hot topic surrounding the conference in Italy. I was interviewed for a television program by an Assembly of God host and one of his questions was, “What does predestination mean for you?” Then there was an on-stage interview in front of 1,500 folks where one of the questions was again, “Why is predestination important?” I did my best to be pastorally sensitive and faithful to the Scriptures, like Acts 13:48, “The Gentiles . . . began rejoicing and glorifying the word of the Lord, and as many as were appointed to eternal life believed.”

My sense is that the divisions in the church over this issue are, in part, generationally defined. The older stereotypes of those who hold to Reformed doctrines do not apply the way they once did. Increasingly, those who love these doctrines are joyful, humble, evangelistic, mission-minded, and in love with the church. When the stereotypical objections don’t work anymore, we are left with the Bible. For example, the prayer of Jesus to the Father: “I have manifested your name to the people whom you gave me out of the world. Yours they were, and you gave them to me” (John 17:6).

I was asked about the effects of culture on evangelism. What seemed crucial to me to say was that all cultures are man-centered, self-exalting, and essentially insubordinate toward God. All of them — American, Italian, German, Polish, Nigerian, Brazilian, Chinese — all of them. The reason for this is that all cultures are made up of human beings. No humans, no culture.

And according to Scriptures, all human beings, apart from supernatural new birth through Christ, are by nature insubordinate to God and in love with their own glory. “The mind that is set on the flesh is hostile to God, for it does not submit to God’s law; indeed, it cannot. Those who are in the flesh cannot please God” (Romans 8:7–8). “How can you believe, when you receive glory from one another and do not seek the glory that comes from the only God?” (John 5:44).

So the forms of rebellion vary from culture to culture. But at root, all of them “do not submit to God’s law, and indeed cannot.” Man is at the center, not God. All are equally in need of the gospel of sovereign grace.

My overall sense as I return to the steady-state ministry at home is that God has a people who are passionate for his name all over Europe. We saw the evidences of hearts of stone and flint. But mainly we were impressed that this is not unique to this place or this century. Nor is it a problem for God “who turns the rock into a pool of water, the flint into a spring of water” (Psalm 114:8).

So let’s pray for the church in Europe, even as we long for a great awakening here in America. Just when all the analysts are pointing out that the power of Christianity has moved South and East, would it not be just like our God to surprise everyone with a great turning to Christ in the fifty countries of Europe — perhaps next year on the five-hundredth anniversary of the Reformation.

John Piper (@JohnPiper) is founder and teacher of desiringGod.org and chancellor of Bethlehem College & Seminary. For 33 years, he served as pastor of Bethlehem Baptist Church, Minneapolis, Minnesota. He is author of more than 50 books, including A Peculiar Glory.